The Warrior Mine was discovered via a small outcropping Gossan in 1904. Mining at the Warrior Mine commenced in 1915 by early prospectors before acquisition by Olympic Mines Co. in 1921. Mining activities focused on near-surface NW orientated quartz veins which produced Au, Ag and Hg. Ore from these mines averaged approximately 31g/t Au and production ceased prior to the 1940’s. Records of mapping and sampling during this early mining phase has been used by Sierra Nevada to create a 3D model of the historic workings, veins, and structure at the Warrior Mine. The historic sampling demonstrates the very high-grade nature of the veins mined at the Warrior Mine.

Since 2014 Sierra Nevada has explored the project in detail and acquired several datasets that define large scale and fertile hydrothermal systems synonymous with epithermal, skarn related and carlin style deposits. The company has conducted successful RC drilling, detailed mineral system mapping and targeting which has resulted in a suite of advanced high priority targets ready for further exploration and drill testing based on;

The mineral systems defined within, and the location of, the Warrior Project within a highly endowed and prospective district supports the implementation of an aggressive drilling-based program that has the potential to rapidly deliver a discovery. Sierra Nevada has developed a suite of advanced drill ready targets with the potential to make step change discoveries in the near term. For example, there has been no previous drilling targeting the immediate Warrior Mine which presents an immediate drill target for Sierra Nevada. 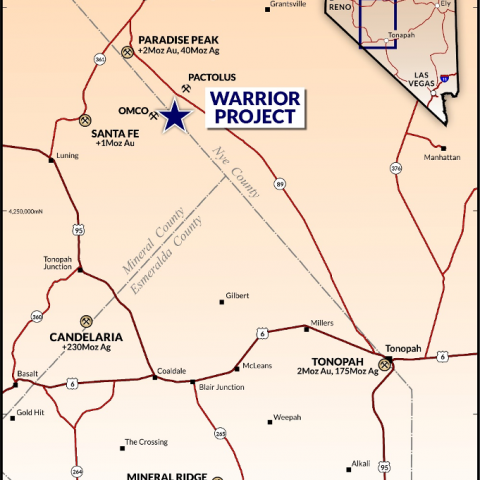 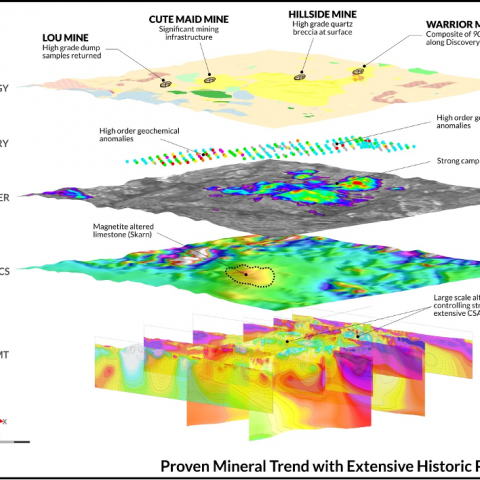