Favourably located in southern Nevada, the Blackhawk Project occurs within the prolific Walker Lane Trend, which is a Tier-1 mineral province that hosts numerous world class gold, copper, and silver deposits. The Walker Lane Trend is defined as the boundary between the Great Basin Extensional Province to the north and the Sierra Nevada Block to the south. It is a zone of dextral strike-slip/transtensional deformation and merges with the Southern California Shear Zone to the southeast. The Walker Lane Trend contains the giant Round Mountain deposit (20Moz gold which is owned and operated by Kinross Gold), the legendary Comstock Lode (8.5Moz gold and 200Moz silver, which has been mined by multiple parties), the Yerington Porphyry deposits (over 4Mt copper in production and Reserves relating to multiple parties); the Candelaria deposit (230Moz silver of previous production and current Resources, which currently owned by Silver Standard and is 25km along trend to the southeast of the Blackhawk Project); and various other multi-million ounce gold deposits. The estimated production and Reserve endowment of the Walker Lane Trend is at least 50Moz of gold, 700Moz of silver, 4Mt of copper. 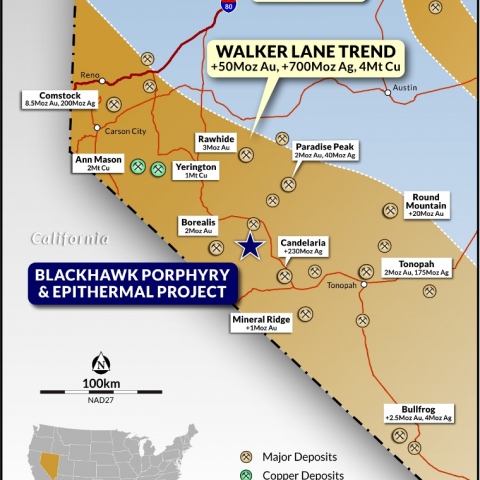 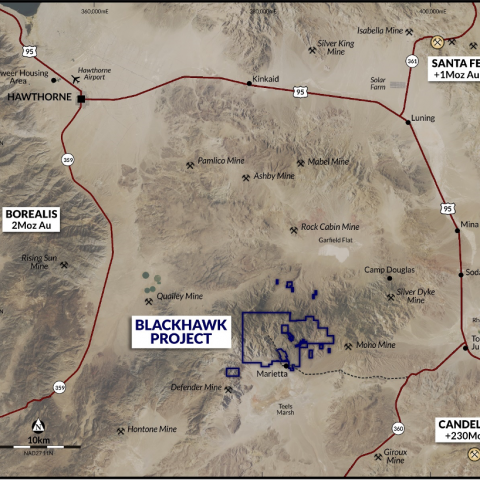 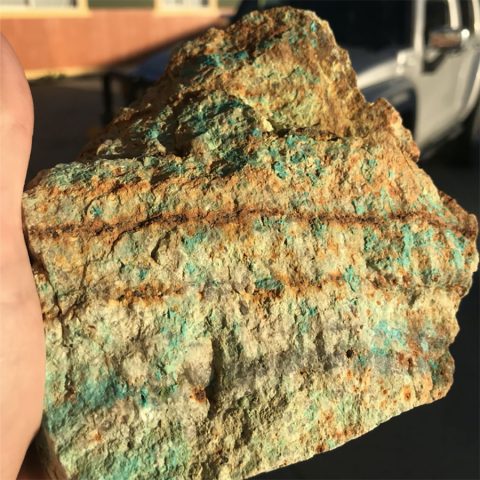 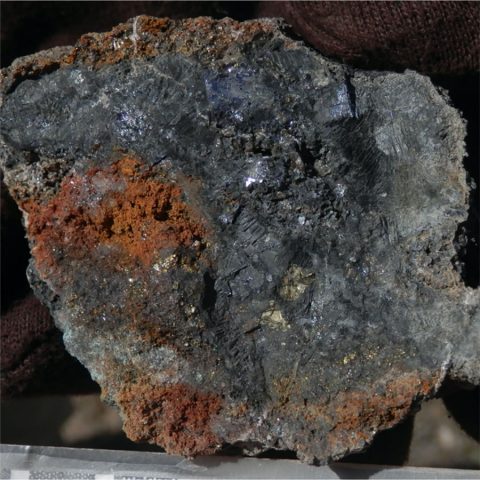 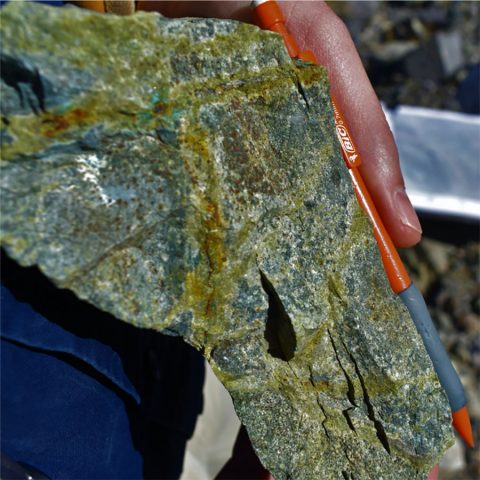 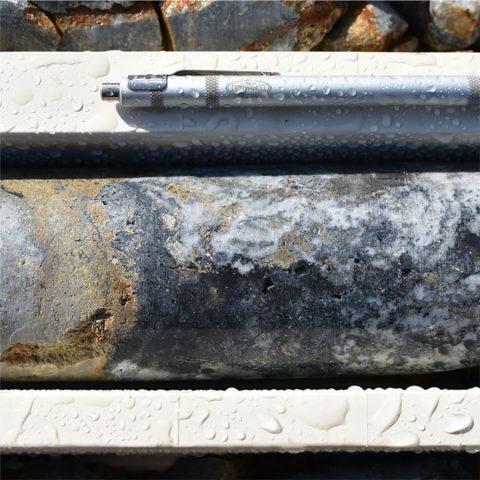 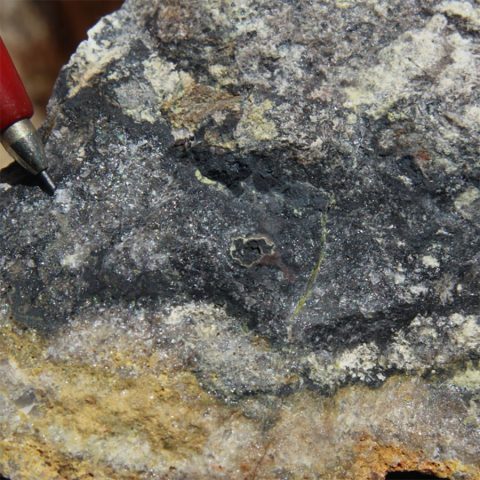